Language Packs are New Frontier Craft's take on adding custom language support to the game. Rather than the hardcoded and static language list that Mojang's modern Minecraft provides the player, NFC has a custom language system much the same as texturepacks. This means that players can add their own packs and customize them to their heart's content. 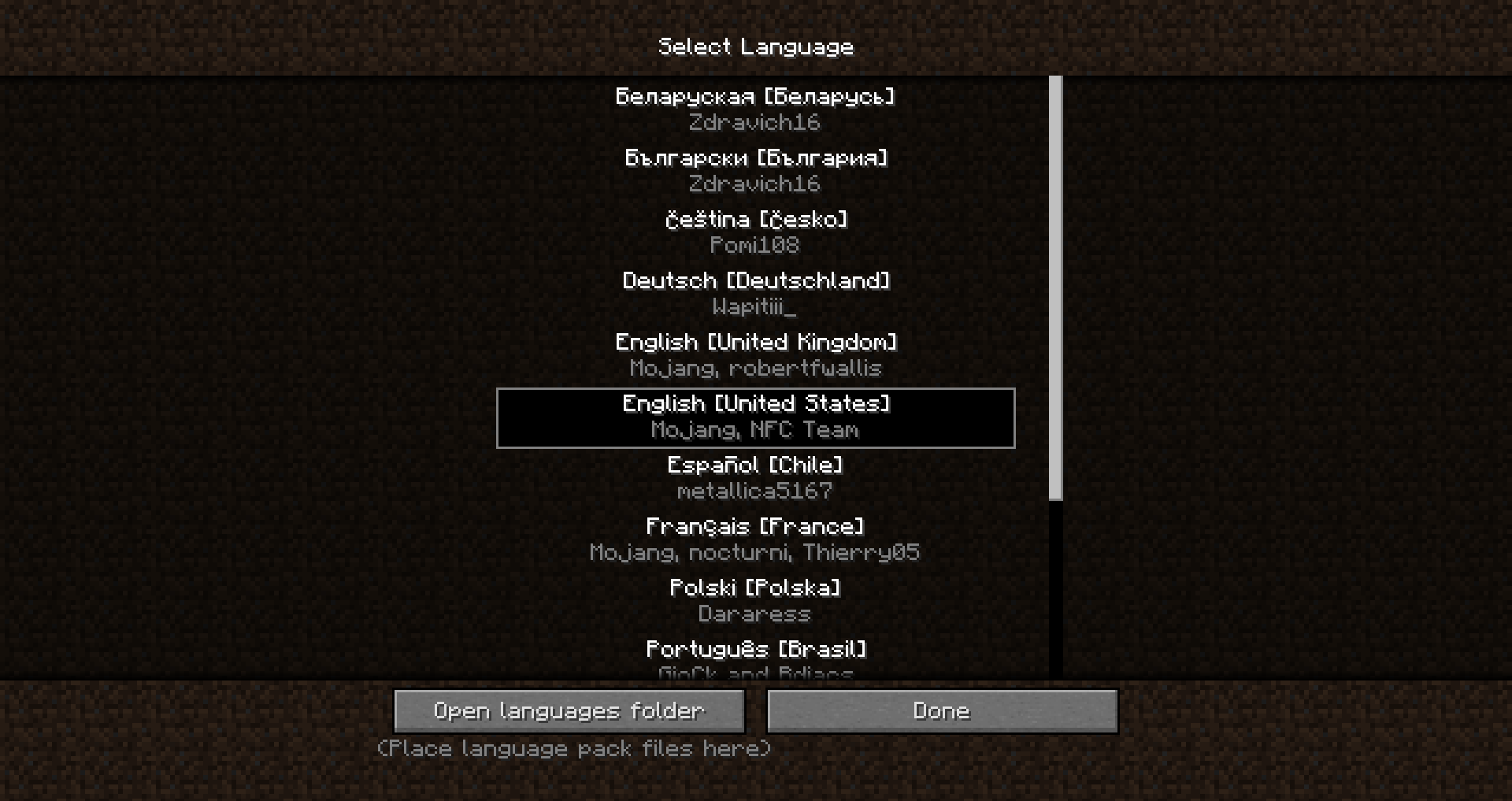 NFC vastly overhauls the amount of language characters, adding numerous sheets featuring many additional diacritics, symbols, runes, and scripts. This means that most anything can be added to NFC. The font.txt file within the NFC jar has a list of all supported characters within the game. The font folder within the jar is where the textures for the individual characters can be found.

The process of creating a new languagepack, whether it be for a translation or anything else, is simple. All you need to do is start with a .lang file one of the many that can be found within the lang directory within the NFC jar. Simply extract one of those from the NFC jar or installation zip. From there, open the lang file in your text editor of choice. 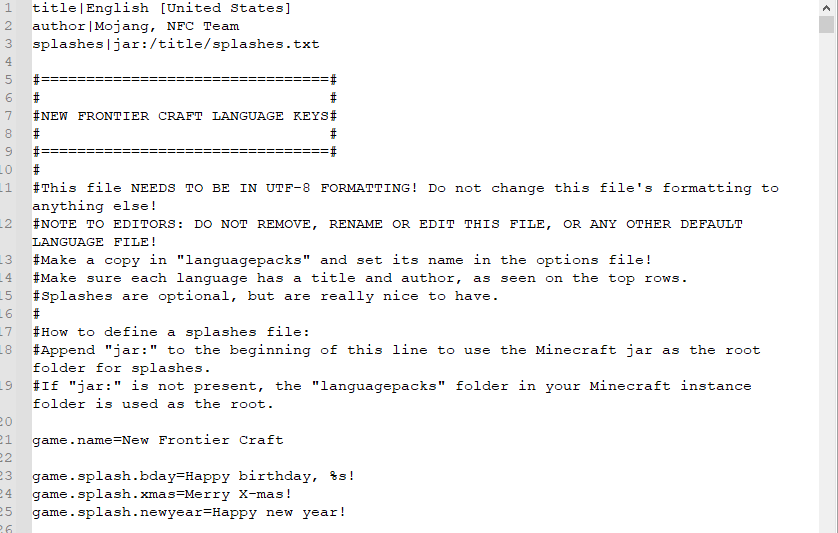 The first 2 lines define the title and authors of the pack, which will be displayed on the pack when selecting it in the languagepacks menu. The third line defines the splashes file that the game will load with the pack. Append "jar:" to the beginning of this line to use the Minecraft jar as the root folder for splashes. If "jar:" is not present, the "languagepacks" folder in your Minecraft instance folder is used as the root instead.

If you want to contribute a new language translation to us, please join our Discord. If you can't figure out how to get your translation working correctly, or if the characters needed to translate your language are missing from the NFC font.txt file, we'd be happy to help you with adding them. And once you're finished we'd be more than happy to add your language and/or characters into the game.